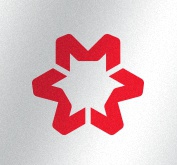 Due to the difficult situation in Eastern Ukraine, Metinvest Group would like to inform all stakeholders about the status of production, raw materials supply and shipments of finished goods to customers as of 31 July 2014.

Metallurgical Division
Khartsyzsk Pipe is operating normally. Its pipe production volume met the plan in June and declined by 8.4% in July.

The enterprise is able to continue shipments thanks to a good order portfolio and existing stock of raw materials. However, due to difficulties with deliveries in some railway sections, shortage of certain materials still exists (abrasive steel shot, adhesives, and polyethylene).

All of Avdiivka Coke’s coking batteries that were shut down as a result of the loss of electricity on 28 July are operating and producing products. Due to the interruption of the coking process and shortage of coking gas, production of benzene and pitch tar has not resumed yet and the pitch tar granulation units are still out of operation. They will resume operation as soon as the coking batteries reach the planned capacity.

Production of blast furnace coke in July was down by 17.4% month-on-month. Coke shipments to Ilyich Iron & Steel Works of Mariupol and Yenakiieve Steel decreased approximately 20%.

Raw materials are being shipped in required quantities, but delivery delays are possible due to problems on some railway sections.

The inventory of iron ore concentrate, sinter ore and coal at the enterprise’s warehouse is sufficient to cover 10 days of operation, in case of emergency.

At the plant, three blast furnaces are operating in turns. In case of emergency, coke inventory will be enough for four days of operation.

The pipe welding shop and heavy plate mill are working normally. On 20 July, the hot rolling shop was shut down for a major overhaul.

Yenakiieve Steel and its Makiivka branch’s rolling mills are 100% utilized.

In the blast furnace shop, 2 of 5 machines are undergoing overhauls and equipment reviews; the remaining ones are 40% loaded.

Shipments of merchant steel products in July increased 34%. The enterprise is receiving its core raw materials in a timely manner.

The Group’s mining enterprises increased production of merchant concentrate by 7.6% and flux by 5.3% in July. Pellet output declined by 15.8%.

The situation at Krasnodon Coal is difficult. All of the company’s enterprises are following a special operational regime – fully prepared to evacuate people in case of artillery attacks, for electricity supply interruptions and for other emergencies.

Clean coal production and coal mining at all mines is being affected by decreased capacity utilization. This was due to emergencies connected to the military action, personnel outflow and problems with product shipments. Due to the armed conflict, decreased mining and logistical interruptions, all shipments of raw coal and concentrate are lower. In particular, shipments of concentrate decreased 53.5% in July.